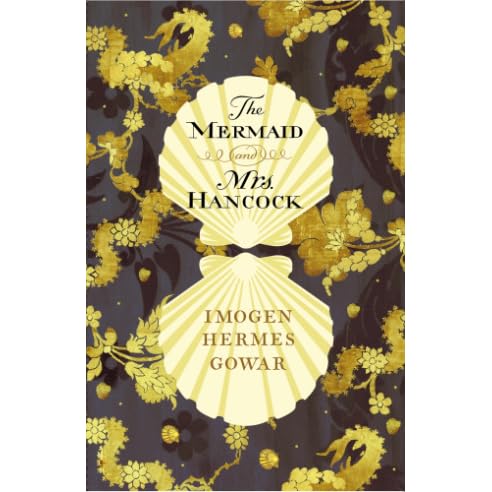 The year is 1785 and merchant John Hancock is sat quietly at home when there is an urgent knocking on his door. Stood on the threshold is the Captain of one of his ships with the news that he has sold it in exchange for a dead mermaid.

Hancock is somewhat baffled and bemused wondering what an earth he can do with a dead mermaid. Persuaded to show his mermaid, his unlikely exhibit begins to garner notoriety and fame and before long Hancock is immersed in the less salubrious side of London society.

When he enters into a business deal to display the mermaid at a party thrown by high class madam Mrs Chappell, his companion for the evening is courtesan, Angelica Neil. Keen to launch herself back onto London society after the death of a wealthy client, Angelica shows little enthusiasm for Hancock, but an unlikely friendship grows between them with surprising results.

Mermaids, love, greed, and high class prostitution, this novel has it all. The characters are just fantastic.

Mr Hancock, the bumbling widower, scruffy, naive, haunted by his dead son, and thrown into a world he has no desire to be a part of. His shock and horror at the shenanigans he witnesses at Mrs Chappells, was so wonderfully described by Gowar, I could feel myself getting hot under the collar just like Mr Hancock! I felt a great deal of affection for Hancock, wanting him to succeed, to win through and be happy.

Angelica Neil is everything you expect a well heeled courtesan to be, buxom, vain and superficial, caring little for the everyday mundane aspects of life. Her companion Mrs Frost is everything she is not, practical, plain, and the voice of reason, reason that Angelica will not listen to, landing her in a whole lot of trouble. Who does she turn to but Mr Hancock and the ensuing friendship is both touching and tender. I loved the slow unveiling of the real Angelica, not necessarily the superficial creature we see at the beginning, but a young vulnerable woman wanting security, love and affection.

And then we have Mrs Chappell. Oh my, what a character! Larger than life, overweight, and overbearing with friends in high places. Mrs Chappell is the owner of a high class brothel, overseeing the education, manners and decorum of her girls. Girls pulled from poor backgrounds, desperate for a new way of life, but totally bound to Mrs Chappell, unless they can buy their way out. My imagination was sent into immediate overdrive as numerous images of what Mrs Chappell may actually look like flashed through my mind such was the vividness of Gowar’s writing.

There are a myriad of secondary characters supporting the main protagonists, all with their own part to play. Central to it all is the mermaid, feared by sailors, bringer of bad luck and catalyst for good and bad in the novel.

Characters are always central to a good novel and so it is with The Mermaid and Mrs Hancock, but what sets its apart from others in its genre is the superb quality of the writing. The imagery, the description of a Georgian London and society are just amazing. As I read I felt myself transported back in time, I could smell the heavy perfume of the ladies, imagine the wigs, the dresses, the inside of the brothel, and the streets of London.   This is a long novel but at no point did I feel it was too long, in fact I did not want it to end!

As you can probably tell from my gushing review I absolutely adored this novel. It is just superb. It will make you laugh, smile, make you sad and immerse you in a world you do not want leave. It is a story that would make the most perfect BBC drama and I have my fingers crossed that it will be dramatised.

Bravo Imogen Hermes Gowar on a gem of a novel.

Thank you to Netgalley and Harvill Secker for  the opportunity to read and review. 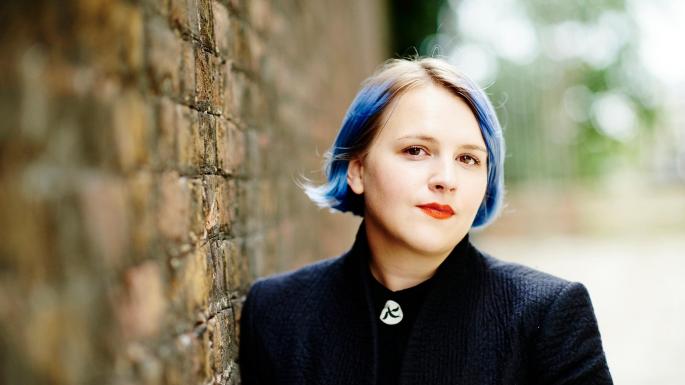 Imogen Hermes Gowar studied Archaeology, Anthropology and Art History at UEA’s Sainsbury Centre for Visual Arts before going on to work in museums. She began to write about the objects and artefacts in the museums she worked in and in 2013 won the Malcolm Bradbury Memorial Scholarship to study for an MA in Creative Writing at UEA.

Imogen’s dissertation won the Curtis Brown Prize and eventually developed into her debut novel, The Mermaid and Mrs Hancock.