Ten years later, with his mother deceased and siblings scattered across the globe, Adam turns up unannounced at the family home. His siblings return reluctantly to Spanish Cove, but Adam’s reappearance poses more questions than answers. The past is a tangled web of deceit.

And, as tension builds, it’s apparent somebody has planned murderous revenge for the events of ten years ago.

There’s nothing like a fractured family on which to base a novel and Jo Spain excelled, as she brought us six siblings, all spread far and wide, all with their own secrets.

The return of Adam, the son, the brother who vanished years ago and acted as the catalyst to bring them all back together at the family home in Ireland.

A family reunion that was like no other, a murder that brought out the best and the worst in their characters. Spain’s characterisations were the highlight of the novel, each sibling so different, their circumstances varied and diverse.

I loved how Spain used each of their voices to tell the story, it gave us insight into their possible motives, the little pacts that formed between individual siblings. Spain left you with a feeling that there was something untold, that some knew more than they were saying, which only made the pages turn faster as the turmoil and tension became unbearable.

The before and after structure of the novel allowed to Spain to fill in the gaps, to give us the history of each of the siblings, and most importantly form an opinion on who you thought the possible culprit or culprits were. Their reactions to the unfolding drama were brilliantly captured as you found yourself drawn deeper into their intricate web of lies and deceit.

I had an incling as to who it might have been but Spain threw it all out of the window with the most wonderful twist, that at once made sense and also surprised.

Six Wicked Reasons was fascinating, intriguing and addictive and made me like Jo Spain just that little bit more!

I would like to thank Quercus for a copy of Six Wicked Reasons to read and review and to Milly Reid for inviting My Bookish Blogspot to participate in the blogtour. 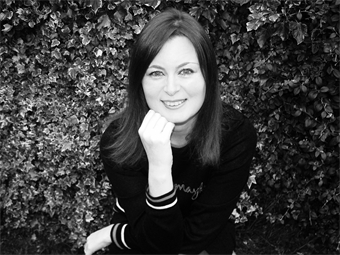 Jo Spain is a full-time writer and screenwriter. Her first novel, With Our Blessing, was one of seven books shortlisted in the Richard and Judy Search for a Bestseller competition and her first psychological thriller, The Confession, was a number one bestseller in Ireland. Jo co-wrote the ground-breaking television series Taken Down, which first broadcast in Ireland in 2018. She’s now working on multiple European television projects. Jo lives in Dublin with her husband and their four young children.