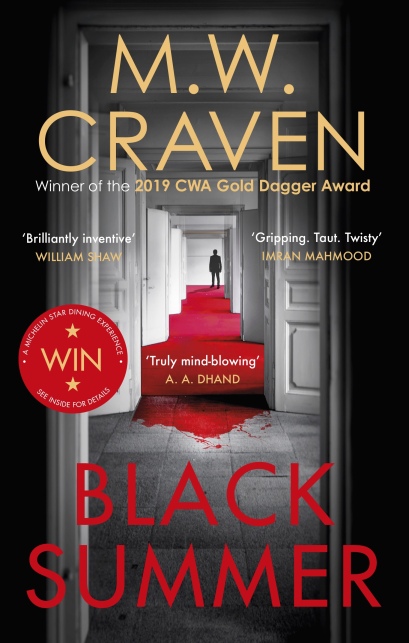 Jared Keaton, chef to the stars. Charming. Charismatic. Psychopath . . . He’s currently serving a life sentence for the brutal murder of his daughter, Elizabeth. Her body was never found and Keaton was convicted largely on the testimony of Detective Sergeant Washington Poe.

So when a young woman staggers into a remote police station with irrefutable evidence that she is Elizabeth Keaton, Poe finds himself on the wrong end of an investigation, one that could cost him much more than his career.

Helped by the only person he trusts, the brilliant but socially awkward Tilly Bradshaw, Poe races to answer the only question that matters: how can someone be both dead and alive at the same time?

And then Elizabeth goes missing again – and all paths of investigation lead back to Poe.

Pie didn’t have much time to enjoy the rugged and wild landscape of the Cumbrian fells as he found himself embroiled in the reappearance of a missing, supposedly murdered girl, daughter of a celebrity chef who resided at her majesty’s pleasure for her murder.

Poe, as ever, was at the helm, his investigative abilities tested to the fore, but luckily he had his trusted side kick super intelligent Tilly Bradshaw with him.

I loved their relationship, their mutual respect for each other’s skills, their playful conversations, and ability to accept each other’s faults. I often felt that Tilly was just a little bit in love with Poe, but didn’t have the capability to understand or act on her feelings. Maybe something in the future, but I hope not because I think it would spoil what is and has the potential to develop into one of the best investigative duos in fiction.

The case was complex but that was no problem for Craven, as he skilfully led this reader through the multiple layers with ease. Little clues littered his narrative but I can honestly say I did not see the surprise twist and it only made me like Craven and his novel just that little bit more.

Some aspects were particularly gruesome but entirely in keeping and relevant to the various themes, and I was glad I had eaten my dinner before reading.

The Cumbrian landscape, once again played its part, the inclement weather added brilliant atmosphere, the isolated spots provided the drama you craved and which Craven delivered in abundance.

We saw a little bit more of Poe, of a character with a hard exterior but a soft inside, that perhaps craved more than the company of his beloved Edgar as he sought to repair himself. The ending lent itself to a future glimpse into this man, and I for one am hoping that Craven will not keep us waiting long for the next instalment.

I would like to thank Constable for a copy of Black Summer to read and review and to Beth Wright for inviting My Bookish Blogspot to participate in the blogtour. 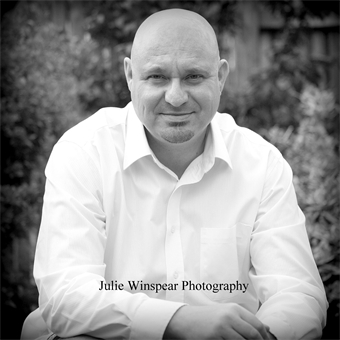 M. W. Craven was born in Carlisle but grew up in Newcastle, returning after 31 years to take up a probation officer position in Whitehaven, eventually working his way up to chief officer grade. Sixteen years later he took the plunge, accepted redundancy and became a full-time author. He now has entirely different motivations for trying to get inside the minds of criminals. His first novel featuring Washington Poe and Tilly Bradshaw, The Puppet Show, was published by Constable to huge acclaim, and was longlisted for the 2019 CWA Gold Dagger Award. M. W. Craven lives in Carlisle with his wife, Joanne. When he isn’t out with his springer spaniel, or talking nonsense in the pub, he can usually be found at punk gigs and writing festivals up and down the country.