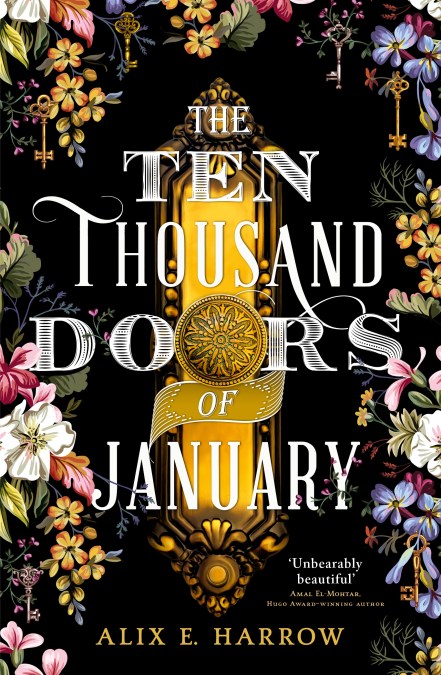 EVERY STORY OPENS A DOOR

In a sprawling mansion filled with peculiar treasures, January Scaller is a curiosity herself. As the ward of the wealthy Mr. Locke, she feels little different from the artifacts that decorate the halls: carefully maintained, largely ignored and utterly out of place.

But her quiet existence is shattered when she stumbles across a strange book. A book that carries the scent of other worlds and tells a tale of secret doors, of love, adventure and danger. Each page reveals more impossible truths about the world, and January discovers a story increasingly entwined with her own.

I’m not sure what genre or indeed how I can describe The Ten Thousand Doors of January.

On the one hand it was the story of January, her childhood under the guardianship of a Mr Locke and the discovery of her parents past. On the other hand it was a magical journey where you expected mythical monsters from the Greek myths and legends to jump out at you from the pages.

The storytelling was magnificently sumptuous, the Doors January and her parents discovered, travelled through, the lands and the people they encountered were tinged with magic and wonder. You felt yourself transported to an alternate world that you didn’t want to leave.

I loved January, from the innocent little girl to the strong and brave woman she became she was a refreshing change in the world of female novel characters. She didn’t seem to fit the normal stereotypes, not the gungho female heroine with the brute force as she forged her way to the truth. Instead her quest was rooted in literature, in the books sneaked to her by her friend Samuel and ultimately the book written by her father. Ir was her wonderment at the stories and the images they conjured in her mind that so entranced, that made you hope that she had that happy ending.

If The Ten Thousand Doors of January was full of magic it also had an underlying feeling of an evil presence lurking beneath its surface, the chilling Mr Havemeyer, intent in thwarting January at every opportunity, Brattlebro, the asylum, that tried to restrain her, all gave the novel an extra frisson of excitement and menace.

It was a novel that enthralled, held you spellbound and firmly in its grip as you followed January’s journey and a novel that I would highly recommend if you want to lose yourself in a wonderful magical world. 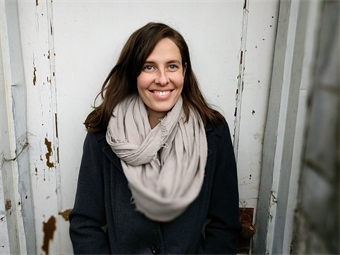 Alix E. Harrow is an ex-historian with lots of opinions and excessive library fines, currently living in Kentucky with her husband and their semi-feral children. Her short fiction has been nominated for the Hugo, Nebula and Locus awards. The Ten Thousand Doors of January is her debut novel.