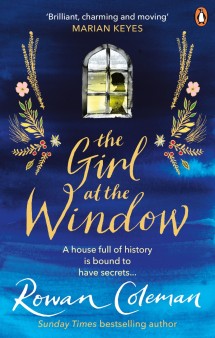 The Girl at the Window is a beautiful and captivating novel set at Ponden Hall, a centuries-old house on the Yorkshire moors and famously used as a setting for Emily Bronte’s Wuthering Heights. Known as the place where Cathy’s ghost taps on the window, Emily Bronte used to visit often with her sisters and use the extensive library there. It’s a magical place full of stories.
In The Girl at the Window, Ponden Hall is where Trudy Heaton grew up, but also where
she ran away from… Now, after the devastating loss of her husband, Trudy returns home with her young son, Will, who refuses to believe his father is dead. While Trudy tries to do her best for her son, she must also attempt to build bridges with her eccentric mother. And then there is the Hall itself: fallen into disrepair but generations of lives and loves still echo in its shadows, sometimes even reaching out to the present…
The Girl at the Window is hauntingly beautiful, and centred on an epic love story with a twist that draws you in fast. The strong themes of grief, absent fathers and maternal instincts are consistent emotional pulls throughout. Trudy and Abe are the ultimate love story, but there is also a wonderfully atmospheric ghostly mystery to be solved as well.

The moors surrounding Haworth, and the imposing Ponden Hall provided the perfect setting for Rowan Coleman’s novel The Girl In The Window.

The landscape, known for its bleakness, wonderful imagery, and magic was perfectly translated onto the page and it wasn’t hard to let your imagination run wild as Coleman set her character Tru, on a journey into a past full of surprises.

Indeed Tru, was a wonderful character, full of grief, a need to protect her young son and to build bridges with her estranged Mum. I loved her for her positivity, her resilience, her innate curiosity to seek out the secrets of her home, and most of all her love for the Bronte’s.

You could also sense Coleman’s own love for the Bronte’s as it seeped through her narrative, as she opened up a window to their world and that of past generations who lived or had connections with Ponden Hall.

It was a past that Coleman seamlessly interwove into the structure of the novel, excerpts from old letters that told a story of love, of grief, of murder and tragedy and, were utterly fascinating.

The sheer delight Tru felt as she discovered old notebooks, examined old books was for me, one of the highlights. You could almost smell the mustiness, feel the fragility of the pages, and Tru’s own awe and amazement at each precious discovery.

The ghostly apparitions, and rumblings, the presence of spirits who fought for freedom gave the novel that added extra dimension, lifted it from being just another story of the Bronte’s. You could feel the chill, and the eeriness yet not the fear, as you felt somehow they were there to help, to steer Tru in the right direction.

If it was a novel of past history it was also a novel of the present, of Tru’s own story, of the love she pursued, of the family, and a house she left behind.

Reconciliation and forgiveness were strong themes, and I loved the changing relationship between mother and daughter, that Coleman portrayed beautifully, filled with emotion but also tension and unease.

You wondered how Coleman would pull all the threads together, how the past and the present would finally come together. When it did, it was with skill, filled with compassion, sorrow, but also hope for a bright future.

The Girl In The Window was wonderful, a novel that will transport you to another world, a world full of fabulous characters you will not want to leave.

I would like to thank Ebury for a copy of The Girl In The Window to read and review and to Anne Cater Of Random Things Tours for inviting My Bookish Blogspot to participate in the blogtour. 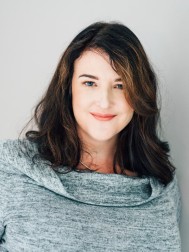 Rowan Coleman lives with her husband and their five children in a very full house
in Hertfordshire. She juggles writing novels with raising her family. Rowan’s last novel,
The Summer of Impossible Things, was selected for Zoe Ball’s ITV Book Club. Rowan has an everlasting love for the Brontes, and is a regular visitor of Ponden Hall.
http://www.rowancoleman.co.uk | @rowancoleman 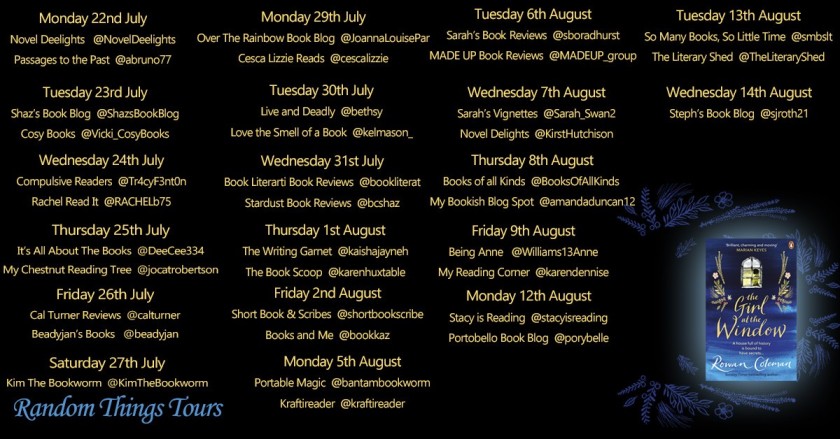