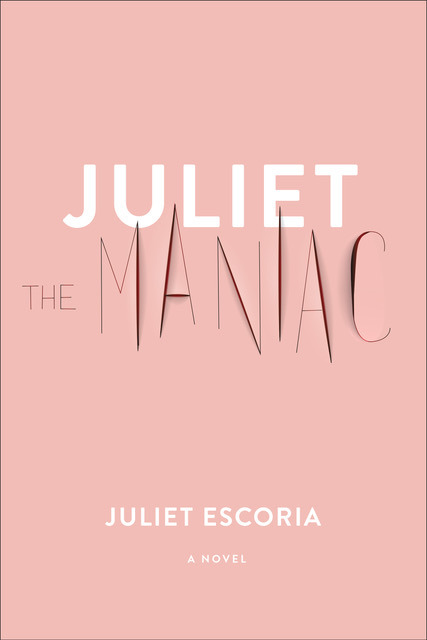 Juliet The Maniac by Juliet Escoria   Melville House  May 2019

It’s 1997, and 14-year-old Juliet has it pretty good. But over the course of the next two years, she rapidly begins to unravel, finding herself in a downward trajectory of mental illness and self-destruction that eventually leads to a ‘therapeutic boarding school’ in rural Oregon. From there, deep in the woods of the Northwest, comes an explosive portrayal of teenage life from the perspective of The Bad Friend, and a poignant reflection that refuses the traditional recovery arc. Like Sylvia Plath’s The Bell Jar and Cat Marnell’s How to Murder Your Life, Juliet the Maniac offers no clear answers, no definitive finish-line, just the wise acceptance of the challenges ahead. This punchy debut marks the breakout of a bold and singular young writer.

Your teenage years are supposed to be full of fun, boys, girls, a bit of rebelling against the parents and hormones. What if it was all of those and more? What if you slowly began to disappear down a long black hole with no way out, suicide, hallucinations, and maniac behaviour dominating your every waking hour.

Juliet Escoria’s novel is just that, one teen’s black hole, her descent into mental illness, and addiction.  Her narrative was profoundly deep, scary, so remarkably realistic that you wondered if what you were reading was the author’s own experiences. A question I would love to ask, if it did not appear rude or impinge on the authors privacy.

It may have been horrifying to read, but at the same time it was fascinating, as Juliet was bombarded by voices, saw things that weren’t there. You felt her despair, but also frustration at her drug taking, as you willed her to try and take control, to help herself. There was frustration at the lack of understanding from parents, those whose task it was to make her better, yet how could they when they themselves had not experienced such acute mental ill health, their answer rooted in more drugs to control, and to suppress.

It was interesting to see how Escoria had structured the novel, four distinct sections, each documented the trajectory of her mental state, of the ups and the downs. The short punchy chapters broke the novel into bitesize chunks of events, of people, of individual thoughts. It stopped the novel from being one long monologue, gave you opportunity to pause, to think, to assimilate and appreciate.

There were chinks of light, of good times, and most importantly of hope, that recovery may be possible, that those with severe mental illness could lead a full and relatively normal life.

Escoria’s novel was personal, real and eye opening. When mental health has been pushed to the fore, it was timely and brilliant and gave me a deeper appreciation of those that and do still suffer. A brilliant debut.

I would like to thank Melville House for a copy of Juliet The Maniac to read and review and to Nikki Griffiths for inviting My Bookish Blogspot to participate in the blogtour.

Juliet Escoria is the author of the novel Juliet the Maniac, forthcoming from Melville House in 2019. She also wrote the short story collection Black Cloud, which was originally published in 2014 by Civil Coping Mechanisms. In 2015, Emily Books published the ebook, Maro Verlag published a German translation, and Los Libros de la Mujer Rota published a Spanish translation. Witch Hunt, a collection of poems, was published by Lazy Fascist Press in 2016.

She was born in Australia, raised in San Diego, and currently lives in West Virginia.