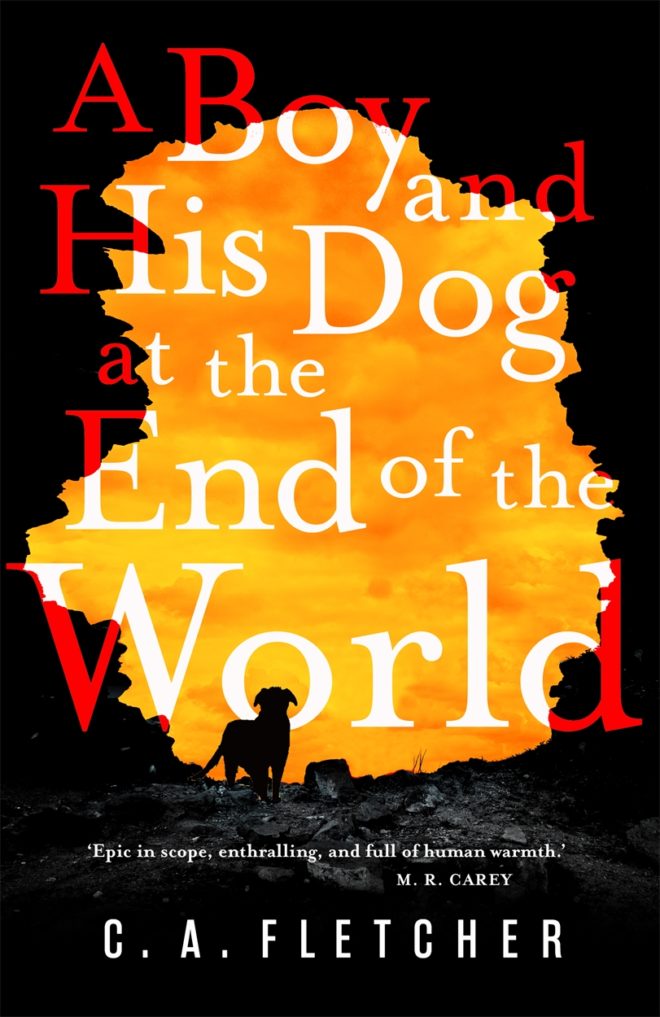 I’ve never been to school, I’ve never had friends, in my whole life I’ve not met enough people to play a game of football. My parents told me how crowded the world used to be, before all the people went away, but we were never lonely on our remote island. We had each other, and our dogs.

Then the thief came.

He told stories of the deserted towns and cities beyond our horizons. I liked him – until I woke to find he had stolen my dog. So I chased him out into the ruins of the world.

If you find this book then all is not lost.

I found this book and was instantly enveloped in the world of Griz, a world that somehow went back to the beginning, no TV, no phones, no internet and most importantly no people. What had happened we never fully discovered, only glimpses of Freeman and the Gelding, where people no longer bred, that brought us to this now devastated world.  It was a world that Griz inhabited with their family, parents, brothers and sisters surviving on the islands on the west of Scotland, a simple life until a stranger arrived and suddenly everything changed.

We followed Griz on a journey through a devastated landscape. a landscape that Fletcher described in narrative that was so vivid and real I could imagine myself right there. I had a great time guessing where in the country he was describing some more obvious than others, but it was a stark reminder of what could happen if we do not look after what we already have or a catastrophic event laid the entire world to waste.

In some ways it was like stepping back in time and I loved the wonder and awe Griz felt on the journey, as they lived off the land, used what lay around to protect against those that threatened.

Griz as a character was just wonderful, full of a need to discover, but most importantly the need to rescue their dog Jess at whatever the cost. I loved Griz’s resourcefulness, their tenacity and that never to be broken bond Griz had with dogs Jess and Jip, one that I fully understood, that stirred great swathes of emotion in myself as I read.

Fletcher skilfully explored Griz’s emotions, the struggles of understanding the world around them, the need to find a peaceful means to end conflict versus brute force and violence all glared at me from the page. We watched as Griz, matured, grew up, understood more about human nature, the world that existed before, and the pitfalls of an emergent world that beckoned. You willed Griz on to make the right choices, to battle and win against adversity, to find Jess and return home, but Fletcher didn’t make it easy and the latter parts of the books were incredible, as Fletcher turned everything upside down, and surprised you in a way you never ever expected. In a way if I looked back, it was always there but Fletcher did a fantastic job at hiding it, relying on you the reader to make assumptions, to revert to stereotyping the characters you read. The whole book was a great lesson in looking beyond and underneath what was on the surface, not taking anything for granted and having the courage to carry out your conviction no matter the consequences.

For all that, The Boy and His Dog was a novel that was purely and simply a fantastic example of storytelling at its best, it had adventure, action and Griz was just the most wonderful character.

It was a novel that could be enjoyed by both adults and teenagers, a novel, that was both compelling and engaging and would in my opinion make a great film.

I would like to thank Orbit for a copy of A Boy And A Dog At The end Of The World and to Tracy Fenton of Compulsive Readers for inviting My Bookish Blogspot to participate in the blogtour.

C. A. Fletcher has children and dogs. He lives in Scotland and writes for a living.