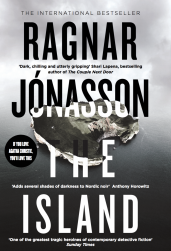 Elliðaey is an isolated island off the Icelandic coast. It has a beautiful, unforgiving terrain – and an easy place to vanish.

At the peak of her career Hulda Hermannsdóttir is sent to discover what happened when a group of friends visited Elliðaey – but one failed to return.

Could this have links to the disappearance of a couple ten years previously out on the Westfjords? Is there a killer stalking these barren outposts?

Written with Ragnar’s haunting and suspenseful prose The Island follows Hulda’s journey to uncover the island’s secrets and find the truth hidden in its darkest shadows.

Iceland, not notable for its murders but in Ragnar Jonasson’s world they somehow kept happening. This one was a little different, two bodies, ten years apart and all we had to do was wonder if there was a connection and Jonasson could certainly weave a tale of intrigue with so many layers that it made it hard to finally work out who the culprit or culprits were.

He gave us a bunch of characters, all friends, who had somehow drifted apart and all with something to hide, their lives wonderfully diverse and interesting. There was Dagur with a tragic family history, who on the surface seemed to hold it all together, yet underneath you knew was struggling, could not move on.

Benedikt was the one who seemed the most rounded, yet again there was something about him that didn’t add up, that made you question what he had to hide, or was unwilling to reveal.

The girls Alexandra and Klara were, for me, the ones who seemed more fragile, in particular Klara, who appeared odd, slightly unhinged, and I loved the the little nuances and strange behaviour thrown in by Jonasson.

Any good crime novel obviously needs a great a detective and I knew we were in safe hands with Detective Hulda Hermannsdottir, a woman who had her own tragic past and it was wonderful that Jonasson chose to reveal just that little bit more. We glimpsed more of her personality not just the hardened exterior we saw in Jonasson’s previous novel, The Darkness. That hard exterior was still there as she investigated, went above and beyond putting her own career in danger as she pushed to uncover the truth. That is what I liked about Jonasson’s portrayal of Hulda, she was never that cliche, that one dimensional detective who used brute force to get a result, she was dogged, hard working, methodical and Jonasson brilliantly put her thoughts and musings onto the blank page.

We didn’t just get to read Hulda’s thoughts, as Jonasson chose to use the individual chapters to give each character their own voice. You would have thought this would have made it easier to work out the culprit or culprits, but oh no, in fact it made it more complicated as you continually changed your mind, as they revealed more information about themselves and their relationship to the others. When all was eventually revealed it all made perfect sense, but was still, to me, a surprise.

What you could not get away from  was Jonasson’s wonderfully vivid imagery of an island that was both beautiful and remote, and even if bodies kept appearing , one you longed to visit. Maybe a tour of the murder locations could be mooted with the tourist board, as I know I for one would be signing up!

Once again Ragnar Jonasson has shown that he is at the top of his game in his chosen genre and I am anticipating great things for the next instalment!

I would like to thank Michael Joseph for a copy of The Island to read and review and to Sriya Varadharajan for inviting My Bookish Blogspot to paricipate in the blogtour. 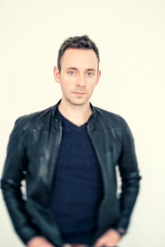 Ragnar Jonasson is the award winning author of the international bestselling Dark Iceland series and the Hidden Iceland series. He has sold over 600,000 books worldwide, thereof over 300,000 thousand books in France in just two years. His books are published in 21 languages in over 30 countries and his debut, Snowblind, went to number one in the Amazon Kindle charts shortly after publication in the UK. The book was also a no. 1 Amazon Kindle bestseller in Australia. The second book in the series, Nightblind, also became a no. 1 Amazon Kindle bestseller in Australia. Ragnar is also a no. 1 Crime Fiction Bestseller in France, with Blackout topping the crime fiction charts in France in 2019. Ragnar is the winner of the Mörda Dead Good Reader Award 2016 for Nightblind. His latest book in the UK, The Darkness, was selected as the Sunday Times Crime Novel of the Month and Snowblind was selected by The Independent as one of the best crime novels of 2015. His books have also won praise from publications such as The New York Times and The Washington Post. Ragnar is the co-founder of the Reykjavik international crime writing festival Iceland Noir. From the age of 17, Ragnar translated 14 Agatha Christie novels into Icelandic. Ragnar has appeared on festival panels worldwide, and lives in Reykjavik. Ragnar has a law degree and works as an investment banker in Reykjavik, in addition to teaching law at Reykjavik University. 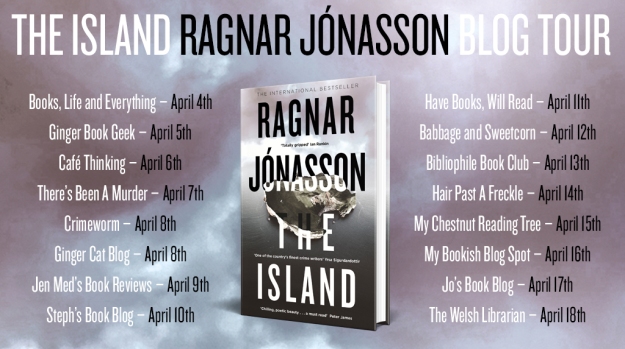