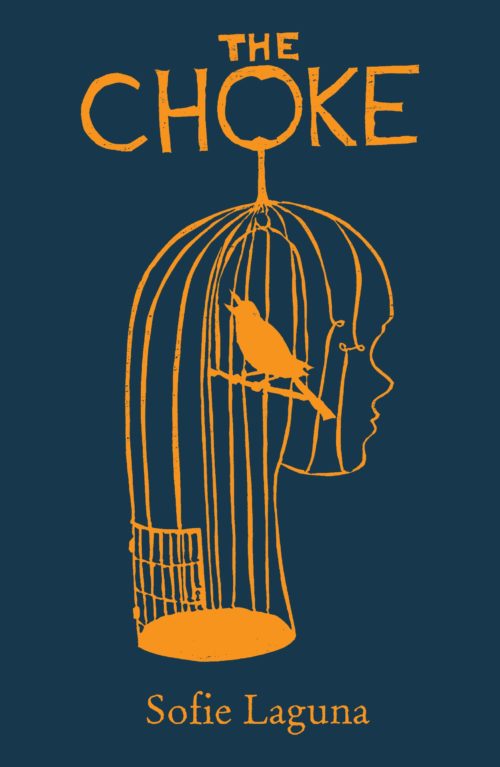 A quick, cruel, coming-of-age tale in the vein of recent remarkable literature on dangerous girlhoods and disjointed families.

Abandoned by her mother and only occasionally visited by her secretive father, Justine is raised by her grandfather Justine finds sanctuary in Pop’s chickens and the beauty of The Choke on the nearby Murray River. But there is no one to protect Justine from danger. Her father is a criminal, and the world he exposes her to is lethal.

A brilliant, haunting novel about a child navigating an often-uncaring world of male power and violence, in which grown-ups can’t be trusted and comfort can only be found in nature.

I’m not sure what to say or how to review The Choke, other than if you read one book this year then make sure it is this one!

The Choke was a first class lesson in the art of novel writing, of how you bring the voice of a young girl to life that was not only tender, but heartrending, and for me hugely emotional.

The ten year old Justine was one of the most brilliantly realised characters I have read in a very long time. Abandoned by her mother, a father who was largely absent, Justine was raised on a farm, Pop Three, by her grandfather, Pop. A Grandfather who had no idea how to raise a young girl, whose own life was marred by his time as a prisoner of war in Burma, his experiences plunging him into deep, dark places that Justine could never pull him from. Whilst at times you, wanted to shake Pop, tell him to get some help, you also had to admire him, for doing what he thought was the right thing, even if it was wrong, as you knew somewhere deep down it was done with love.

Laguna, gave an astonishingly vivid picture of a young girl who didn’t understand what it was to be a normal everyday girl, of what normal family life should be, no-one to tell her when to wash, to change her clothes or guide her on the right way to be with those around her.  The relationships she formed were sometimes for the wrong reasons, whilst in another she found true friendship only to have it snatched away. The one relationship that remained constant was that with Pop, often mired in tension, but poignant, filled with an understated tenderness, a reliance on each other that went unsaid, but somehow they knew they needed each other.

Justine’s attempts to navigate through life were, at times, almost too much to read and I wanted to jump into the pages and rescue her, but I knew this was how it had to be, that Justine had to endure so much in the hope that at the end, something good would happen and that she would be saved. It is not for me to say if she found rescue, but lets just say that what you read will not disappoint.

If The Choke was as much about the characters, it was also about the setting, the heat and dust of rural Australia, the hardships of rural life, trying to scratch a living from the land. There was the small town mentality, of everyone knowing everyone’s business, of the narrow mindedness, the unwillingness to look beyond the surface. There was the lack of awareness or an unwillingness to see Justine’s suffering, her educational shortcomings that struck me more than anything, and made me angry but it was perhaps indicative of the time the novel was set, the way things were.

There was one thing I was very sure of as I read The Choke and it was the sheer high quality of Laguna’s writing. It was Laguna’s ability to delve so deep into the mind of the young Justine, and at times it was breathtaking, her every thought and action laid bare on the page. It stirred so much emotion in me that by the end I was emotionally drained, trapped by my thoughts of the injustices and trauma served on the vulnerable Justine. I know that Justine will live with me for a long time and I defy anyone not to be similarly affected.

The Choke was sublime. wonderful and utterly brilliant.

I would like to thank Gallic books for a copy of The Choke to read and review and for inviting My Bookish Blogspot to participate in the blogtour. 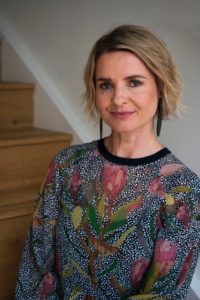 Sofie Laguna originally studied to be a lawyer, but after deciding law was not for her, she moved to Melbourne to train as an actor. Sofie worked for many years as an actor before she began to write – both for children and adults.

Sofie’s many books for young people have been published in the US, the UK and in translation throughout Europe and Asia. She has been shortlisted for the Queensland Premier’s Award, and her books have been named Honour Books and Notable Books by the Children’s Book Council of Australia.

Sofie has just released her third novel for adults, ‘The Choke’, to wide acclaim.

Sofie lives in Melbourne with her husband, illustrator Marc McBride, and their two young sons.