When an Israeli tech entrepreneur disappears from Charles de Gaulle airport with a woman in red, logic dictates youthful indiscretion. But Israel is on a state of high alert nonetheless. Colonel Zeev Abadi, the new head of Unit 8200’s autonomous Special Section, who just happens to be in Paris, also just happens to have arrived on the same flight.

For Commissaire Léger of the Paris Police coincidences have their reasons, and most are suspect. When a second young Israeli is kidnapped soon after arriving on the same flight, this time at gunpoint from his hotel room, his suspicions are confirmed – and a diplomatic incident looms.

Back in Tel Aviv, Lieutenant Oriana Talmor, Abadi’s deputy, is his only ally, applying her sharp wits to the race to identify the victims and the reasons behind their abduction. In Paris a covert Chinese commando team listens to the investigation unfurl and watches from the rooftops. While by the hour the morgue receives more bodies from the river and the city’s arrondissements.

The clock has been set. And this could be a long night in the City of Lights

Dov Alfon, is apparently Israel’s answer to John Le Carre, and a former member of Unit 8200, an arm of the Israeli Defence Force. It always intrigues when publishers use this kind of hype on the the publicity blurb and often the novel never actually lives upto the hype, so with a smidgen of scepticism I settled down to read A Long Night In Paris.

My scepticism swiftly disappeared as Alfon hit me full on with a kidnap and subsequent murder in the very first chapter and the action did not stop. Now if you were expecting the usual gun toting mass of villains and special agents chasing then you would be very wrong, as this novel was written with a great deal of care and lots of intelligence.

Alfon’s previous role in Unit 8200, was a big advantage, as he took us behind the scenes of the unit and the characters that worked there. What surprised me most was the young age of its members, but then Israel is a country that operates conscription, so not unusual. I loved Oriana, she was one tough woman, unfazed by her older commanders and not afraid to take risks and ruffle feathers, a nice change to have a strong female lead, not reliant on looks but rather intelligence to get results. It was her determination to get results combined with that of her Commander Abadi that drove this novel forward, propelling the action forward despite many outside and internal influences.

The intelligence within the novel lay in the complexity of its plot, as Alfon opened up a corrupt world of finance, the machinations of government, chinese mafia and the french police. However Alfon made it all seem quite logical, the narrative flowed with ease and the links slowly revealed themselves, the jigsaw finally fitting together and the whole truth revealed.

Chapters told the story from the myriad of characters point of view, and gave a wonderful insight into their minds and emotions, not all of it good, in fact one or two were pretty nasty but that only added the the general feeling of tension and drama that surrounded them.

With its fast pace, its intricate plotting and fantastic narrative it is hardly surprising that A Long Night In Paris has been snapped up by the producer of Homeland, and I for one cannot wait to see the result.

I would like to thank MacLehose Press for a copy of A Long Night In Paris to read and review and to Corinna Zifco for inviting My Bookish Blogspot to participate in the blogtour. 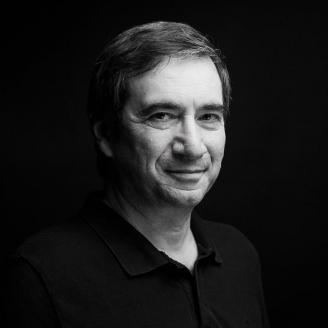 Dov Alfon, brought up in Paris and Tel Aviv, is a former intelligence officer of Unit 8200, the most secretive arm of the Israeli Defence Forces. He was editor in chief of Israel’s most influential newspaper, Haaretz, and chief editor of the leading publishing house Kinneret-Zmora. A Long Night In Paris, published in Israel to rave reviews, topped the best seller charts for 24 weeks. His previous projects have been called “fantastically creative” by the Guardian, “revolutionary” by The Paris Review and “incredibly inspiring” by The New Yorker. This is his first work of fiction.