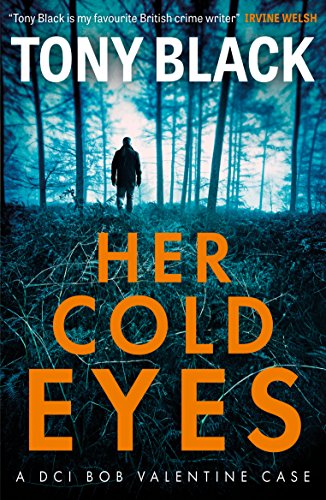 Abbie is missing, and her mother knows exactly who is to blame.

But nobody is listening.

When the case falls to DCI Bob Valentine he has no choice but to listen. Troubled by visions of a young girl’s desperate anguish and her mother’s heartbreak, Valentine soon finds himself immersed in the most harrowing investigation of his police career.

Its an investigation that leads him and his closest colleagues to uncover ritualistic practices inextricably linked to the highest echelons of society.  As the extent of the abuse, sacrifice and torture becomes clear, how can the police hope to protect the victims from their terrible fate? And how can they trap the guilty when to do so will bring down so many of those in power?

The bloodthirsty reality of Satanic ritual and his battles with those who would silence him take Valentine to a dark place where his world view is shattered, perhaps forever.

This is another one of those authors that I seemed to have by passed and waited until book four in the DI Valentine series before I have finally pickled one up to read.

Again,  I had to ask if I would have missed out any information regarding the characters and yes I had, but it did not in anyway spoil the novel. In fact it piqued my interest and I shall now read the previous novel to find out what happened to DI Valentine!

So who is Di Valentine? DI Valentine is now a Detective Chief Inspector, returning to work after a leave of absence. Married with two children, his wife is not best pleased at his return and their relationship is somewhat difficult. You just knew that his life was not going to get any easier both at home and at work and it was interesting to see how Black would balance the two sides of Valentine. It was almost as if as his marriage plunged into the depths of disrepair then so the murder investigation intensified and I did wonder if he would survive.

I loved Valentine’s sidekick DI McCormack, a strong woman who could easily have crumbled at what she had to deal with but maintained a professional poise throughout. She also had to deal with being promoted over a male colleague which was perhaps Black’s way of addressing the gender equality issue in the police force. If that was the intention then it was done very well.

Other characters both hinder and help with the investigation and there was something a little mysterious about DI Davis, brought in because of his prior knowledge of ritualistic abuse, that had me intrigued. I couldn’t quite work out what he was upto and his actions certainly provided the surprise and one of the high points of the novel.

The investigation into the Abbie’s murder and the uncovering of rites, rituals and abuse was pretty hard to read in some places. Black does not stint on details and it is hard to believe that a lot of what he has written does and has happened in societies around the world.

What made the story that much more chilling were the chapters narrated by Abbie and I could sense her fear and absolute horror at what was going to happen to her. It was great that Black didn’t portray her as weak and helpless, she had strength of mind, unwilling to accept that this would be her fate and to be brainwashed into the ways and rites of the others. I liked that she was the one that could ultimately, even though she was dead, bring about the downfall of the litany of abuse, and maybe prevent it happening to others through her actions.

The pace of the novel is unrelenting. From the first to the last page Black never let me, the reader, rest with revelation after revelation increasing the intensity and sheer horror of the ritualistic abuse.  The last few pages are fast and furious with the odd shock or to adding to the high drama and the ending left me wondering just what DI Valentine would get upto next

Her Cold Eyes was a great introduction to Scottish Noir and I shall definitely be revisiting very soon.

I would like to thank Black and White Publishing and Lina Langlee for a proof copy to read and review and inviting mybookishblogspot to participate in the blogtour.

Tony Black is the author of twelve novels. An award-winning journalist, he was born in Australia and grew up in Scotland and Ireland. Described by Irvine Welsh as his ‘favourite British crime writer’ Tony’s work took a turn away from the mean streets after the birth of his son. His Father’s Son is his first novel outside of the crime genre. Tony was shortlisted for The Guardian’s Not the Booker Prize in 2014 and has been nominated for the Crime Writers’ Association Dagger six times.