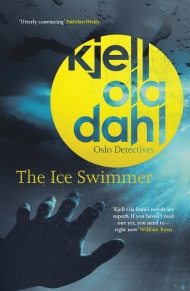 When a dead man is lifted from the freezing waters of Oslo Harbour just before
Christmas, Detective Lena Stigersand’s stressful life suddenly becomes even more
complicated. Not only is she dealing with a cancer scare, a stalker and an untrustworthy
boyfriend, but it seems both a politician and Norway’s security services might be
involved in the murder.
With her trusted colleagues, Gunnarstranda and Frølich, at her side, Lena digs deep into
the case and finds that it not only goes to the heart of the Norwegian establishment, but
it might be rather to close to her personal life for comfort.

This is the eighth book in the series and the first one I have read. My first question was would I have missed out on any background information about the characters. The simple answer was no, this is a novel that stands very firmly on its own.

From the outset the pace is unrelenting, two murders, two investigations, and an author leading the reader through a myriad of twists and turns.

The main protagonist is Lena Stigersand, a detective in her mid thirties. She is a character I instantly liked. I loved her tenacious, feisty nature and her penchant for romantic movies, a complete contradiction, to her outward facing persona.  I admired her ability to push aside her cancer diagnosis and become totally consumed in the murder investigation.

Gunnarstranda was the old hand, very little fazing him, and the one who seemed to hold everything together. There was obviously a back story between himself and Frolich, that I was unaware of but that didn’t matter as Dahl dealt with the present and referred very little or at all to the past.

This could very easily have been a simple murder thriller with the protagonists racing to catch the killer, but by cleverly interweaving the world of politics and world trade Dahl added an extra dimension. The involvement of a high level politician and their abuse of power added a certain amount of realism, and the ensuing events would not be out of place in a government in any country throughout the world.

I thought Dahl got the pacing of the novel just right, hooking me into the story from the very first page. What I liked above all was his skill at managing several plot strands and dropping little clues along the way before finally pulling everything together into a dramatic and fraught final few pages.

A particularly interesting aside were the descriptions of the Swedish capitol, Oslo, and a tour of the underground rail tracks and back streets, which were definitely not on the tourist routes. It is hard to imagine such a beautiful city having a more salubrious side to it, but it provided the perfect setting for the dark and murky story that ensued.

It is a book that I found utterly engrossing with an ending that did not disappoint and after resisting the pull of the whole Scandi Noir book scene I can now say I am a convert and will definitely be reading more by Kjell Ola Dahl.

Thank you to Orenda for a copy of the book to read and review and to Anne Cater for inviting mybookishblogspot to participate in the blogtour. 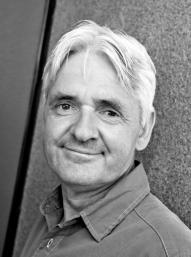 The blogtour for The Ice Swimmer continues throughout April with lots of bloggers sharing their views, extracts and interviews with the author.