It’s 1969, and while the summer of love lingers in London, Gilda is consumed by the mistakes of her past. She walked out on her beloved son Reuben when he was just a boy and fears he’ll never forgive her. Yet she hopes desperately they can mend their shattered relationship.

When Reuben marries a petite blonde gentile, Gilda takes it as the ultimate rejection. Her cold, distant son seems transformed by love – a love she’s craved his entire adult life. What does his new wife have that she doesn’t? It’s an obsession that will bring shocking truths about the past to light . .

Bitter is a beautiful and devastating novel about the decisions that define our lives, the fragility of love and the bond between mother and son.

Imagine growing up in a household where your mother shows you no affection, more interested in attending cocktail parties, then spending any time with her daughters. Imagine a Father that has no kind words or a sister that treats you with contempt. This is Gilda’s world, as she grows up in pre-war Germany. Life doesn’t get much better when she is shipped off to an English boarding school where she is treated with scorn and derision for being German and Jewish. As war approaches her family must flee Germany and Gilda is married off to her father’s business associate, Frank. Much older then Gilda, theirs is a comfortable life and seems complete when Gilda welcomes her son Reuben, except how can Gilda be a mother when she doesn’t know how to be one.

It is an issue Gilda wrestles with for most of her adult life, and her turmoil intensifies when Reuben marries, sweet, petite Alice. As she sees her sons happiness and the ease at which he showers Alice with love and affection Gilda becomes increasingly jealous. Why can he not show her such love and affection, and so begins Gilda’s obsession with Alice. This was where the story became particularly interesting as the layers of Gilda’s past life were slowly peeled away. From a character that you really wanted to dislike, even hate, you slowly began to feel great sorrow for Gilda. Jakobi was brilliant at laying bare the immense turmoil and damage done to Gilda over many years. You could feel her aching with loneliness, not even able to find solace in her one and only best friend Margo. It was as though she had pressed the self destruct button and didn’t know how to make it all stop.

I felt myself willing Reuben to pull down his barriers, to show his Mum some affection and understanding and perhaps forgive her just a little bit. Yes, Gilda had made mistakes, but she was for the most part a victim of circumstance, of having no role models to look up to or persons to seek advice and guidance. Reuben sees only ones side, his, and his feelings of rejection run pretty deep.

I liked the role Jakobi gave Alice, the go between, the one normal person who had a loving, warm and secure family background.  Gilda’s actions towards Alice are the most chilling aspect of the book, hinting of desperation and I was never sure if she actually wanted to harm Alice or just scare her. Unaware of what is happening and able to see the issues from both sides, Alice works tirelessly to try and bring the two together.

Jakobi’s writing is wonderfully evocative. I could feel the desperation and aching loneliness of Gilda in her later life and the coldness that emanated from her parents as she endured a loveless childhood, her bitterness oozing from the pages. The alternating timelines between past and present was seamlessly done, and the short staccato chapters perfectly reflected the sharpness we often associate with bitterness.

It is a novel full of anguish, of the relationship between mothers and their children, the good and the bad. It is profoundly sad but also full of hope, that redemption and forgiveness may be possible.

It is hard to believe that this is Jakobi’s first novel, it is remarkably well written and I look forward to reading her next novel.

Many thanks to Jennifer Kerslake at Weidenfeld and Nicolson for a proof copy to read and review. 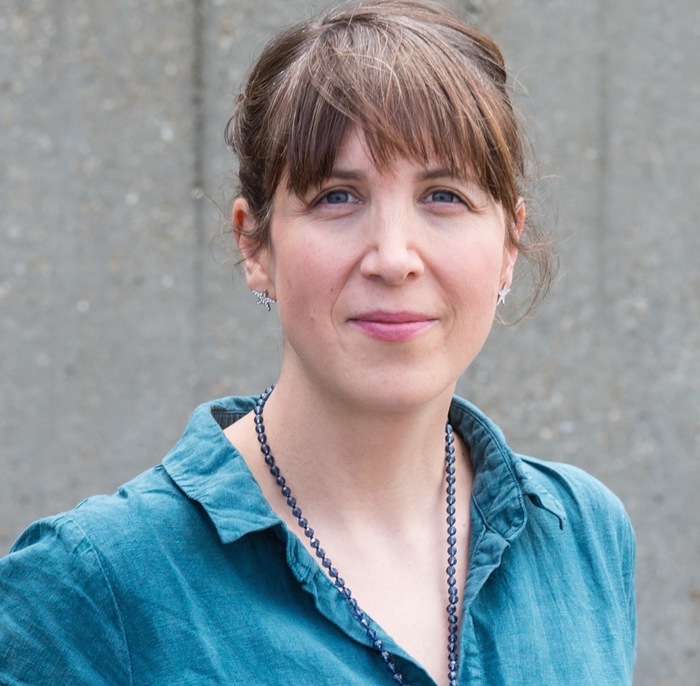 Francesca studied psychology at the University of Sussex, followed by a stint teaching English in Turkey and the Czech Republic. On returning to her native London she got a job as a reporter on a local paper and has worked in journalism ever since. She’s currently a layout editor at the Financial Times. Bitter is her first novel.