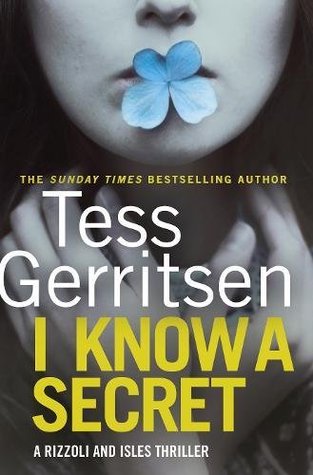 It has been quite some time since I last read anything by Tess Gerritsen. In fact I remember reading her very first crime novel Harvest way back in 1996 and being instantly hooked! I was interested to see if Gerritsen could still draw in the reader and if the format still had a spark and not appear tired.

Detective Jane Rizzoli and Forensic Psychologist Maura Isles are on their 12th case and a lot has happened over the ensuing books, both in their personal and professional lives. I did wonder if this would mar my enjoyment of the story or make me feel like I had missed something important, but thankfully it didn’t. In fact their personal lives remained very much in the background, a mere sideline to the thrilling murder enquiry they become involved in.

If you don’t like blood and gore then this is definitely not a book for you. The opening chapters graphically recount the murder of a young woman found dead on her bed, her eyes gouged out and the eyeballs in her hands.

As Rizzoli and Isles start their investigation they are gradually drawn into a multi-layered plot of  long ago child abuse, and ritualistic murder. The only person that might be able to help them is Holly Devine who appears to have a connection with all the victims and knows that she may be next. Yet Holly is aloof, and cold and hiding her own terrifying secret.

From the first to the last page I was instantly drawn in and if life hadn’t got in the way would have devoured the whole book in one or two sittings!

Rizzoli and Isles are their usual feisty selves, working seamlessly together as the investigation becomes ever more complex.

The character of Holly Devine is brilliantly done. She is cold, chilling and clearly very selfish, only caring about her own needs and protecting the secrets she hides. The air of mystery surrounding her had me continually questioning her innocence throughout the book.

Gerritsen’s skills lie in her brilliant handling of the numerous characters and the twists and turns of a multi layered plot. At no point did I feel confused or that I had to turn back the pages to remind myself of previous events.

The imagery, if you can stand a bit of blood and gore is fantastic and the ritual based killings well researched and informative without over loading on too much detail.

The ending was something I wasn’t expecting and I am eagerly awaiting Gerritsen’s next installment of Rizzoli and Isles.

I Know A Secret is gripping, thrilling and fabulous . Gerritsen is on top form and I won’t be leaving it as long before I read another of her fantastic novels.

Thank you to Alison Barrow at Transworld Books a proof copy to read and review.

Tess Gerritsen is a graduate of Stanford University and obtained her medical degree from the University of California.

It was whilst she was on maternity leave that Gerritsen began to write fiction. her first novel was a  romantic thriller published in 1987.

Harvest her first medical thriller was published in 1996 and since then Gerritsen’s thrillers have been published in 40 countries and  30 million copies have been bought by the book reading public.

Gerritsen has now retired as a doctor and lives in Maine.