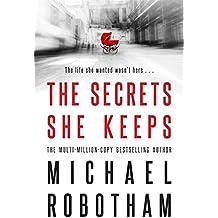 The Secrets She Keeps by Michael Robotham  Sphere July 11th 2017

Two women both at opposite ends of the social spectrum. Agatha, single, not necessarily pretty and working at a supermarket. Meg, glamorous wealthy wife of Jack, a famous sports presenter.

Both women are pregnant, babies due at the same time. But all is not what it seems. Both have a secret, a secret that needs to stay buried before it destroys what they both have.

This a taut psychological thriller and one in which Robotham gets to the very core of the psychology of each woman, particularly that of Agatha.  Agatha has even deeper, darker secrets that stem from an unhappy childhood and follow her into adult life. In some ways you feel pity for her even if what she does is wrong.

The plot takes many twists and turns and the reader is left guessing what will happen next.

Thank you  to Sphere and Netgalley for the opportunity to read and review.

Michael Robotham was born in Australia in November in 1960 and started his writing career as a trainee journalist in Sydney. His first novel, The Suspect, was published after a fierce bidding war. Michael has since won the Crime Writers Association Gold Dagger Award for his novel Life or Death 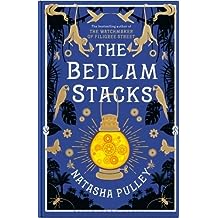 Merrick Tremayne, resides in Heligon with his brother Charles. The house is in a state of disrepair and neither has the finances to fix it and to add to their misery each despises the other.

After injuring his leg and being left with a bad limp, Merrick is resigned to life as a parson, until his old friend Clem appears offering him a position on an expedition to deepest darkest Peru to collect quinine plants.

Their adventure in the depths of Peru in an unseasonably cold summer finds them stranded in the town of Bedlam Stacks. Merrick meets Raphael, the local priest, who somehow knew his father and his grandfather.
It is soon revealed that Raphael suffers from catalepsy, lapsing into a trance like state for hours and years at a time.  At this point the novel somehow became unappealing, and indeed the whole of the second part of the novel was all too unbelievable for me.

It is meticulously researched and well written, but is tedious in parts and overly long.

Natasha Pulley was born in December 1988. She was educated at Soham College, New College Oxford and was awarded an MA in creative writing at University of East Anglia.